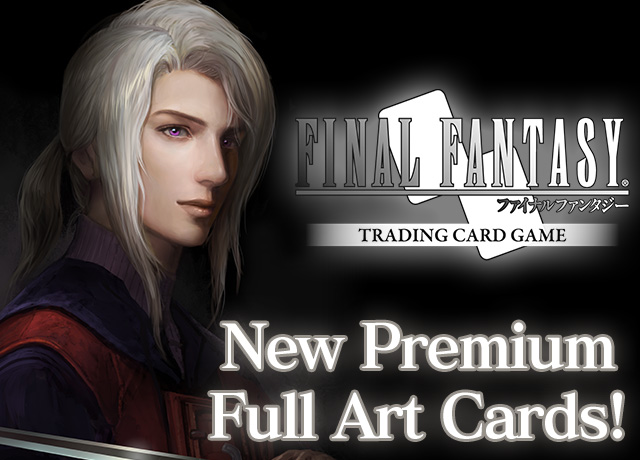 Emissaries of Light, the newest set from the FINAL FANTASY TRADING CARD GAME, is now on sale! The game, which already contains countless original illustrations, includes premium cards featuring the art in full.

What is a premium “full art” card?
A premium full art card is a playable card that can also be appreciated as a single illustration. Opening a booster pack just got a whole lot more exciting!

Now, let’s look at the 21 original illustration premium full art cards that are included in Emissaries of Light!

Premium full art cards have the same sheen as other premium cards, though it’s hard to convey here. Why not pick one up and see for yourself?